Possession with Intent to Distribute Meth

While working at the Public Defender office, client was on body camera saying only about half of the meth was his. Client did want to plead so we took it to trial. Unfortunately, he was found Guilty of PWID Meth.

Results in this case are for this case alone and does not mean that we will get the same results in other cases. 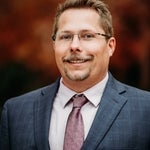